Apple is releasing iOS 7 today, and for the past few months we’ve worked on an update that goes great with it. 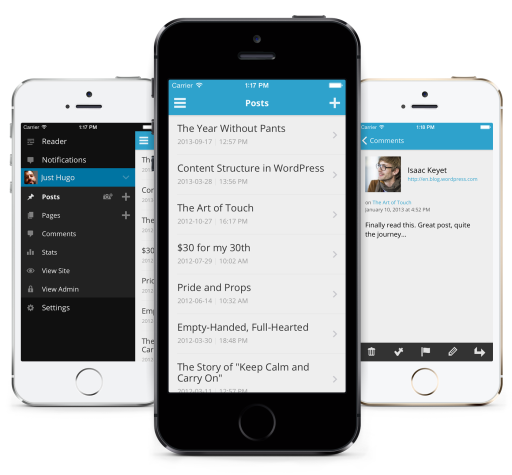 Quoting Hugo Baeta, who has been leading the design aspects of this release:

The app now uses the Open Sans typeface, the open-source font that works so well on WordPress.com. We also updated all the colors, bringing a brighter, fresher feel to the app experience. (And while we were at it, we fixed a few pesky bugs.) We think you’ll find the new app experience cheerful, consistent, and intuitive.

Grab the new version on the App Store!
Compatible with iOS 6+

We wanted to focus this release on iOS 7 only, but we have a few other improvements coming up: a new theme selector, better media management, and visual editor, as well as other improvements to existing features, including a refresh of the iPad version.

If you would like to get involved with WordPress for iOS development, drop us a line at make.wordpress.org/mobile and grab a copy of the code at github.com/wordpress-mobile/WordPress-iOS.